Vasey, a gifted historian as well as an unabashed champion of Father Chaminade, organizes his text around roles that Father Chaminade had to play in the drama of his life and times.

Father Vincent Vasey, SM, says in his introduction, “The purpose of this essay is not to write a biography in the strict sense of the term.  That has been done, and ably.” Vasey searches instead “for Father Chaminade’s personality in the events of his life, what in them speaks to us to discover the light which reveals the lines of his character, his style.  What was the center, the secret of his existence?”  Vasey has undertaken this challenging task so that by gazing intently at the portrait we might know our spiritual father and so better incarnate his spirit.

Vasey, a gifted historian as well as an unabashed champion of Father Chaminade, organizes his text around roles that Father Chaminade had to play in the drama of his life and times. Chaminade, the Man; the Priest Hero; the Creative Missionary; and the Doctor of Marian Spirituality are a few of the titles he uses as chapter headings. The telling of Chaminade's story is frequently interspersed with references to classical literature and poetry, philosophy, Greek and Latin phrases, canon law, and parallel historical episodes. Although some may view this technique as interruptions to the narrative, others will say that it enlarges the canvas and intensifies the color of the portrait he is painting. In the preface, Bertrand Buby, SM, states "I can imagine Father Vasey standing before his portrait much as did Michelangelo who, standing before his just completed statue of Moses, took up a wooden mallet and shouted, 'Now, speak!' Father Vasey's portrait of Father Chaminade lives and speaks."

As he had consulted others, Chaminade consulted André Jean Marie Hamon, an illustrious spiritual writer, on the right of a founder to inculcate into the members of his foundation its spirit.  Chaminade’s letter is not extant, but from similar consultations of the period [of Chaminade’s life] it is logical to infer that such was the tenor of his questions.  For his pain, Father Chaminade got back a stinging reply.  Among other things, Hamon had this to remark: “Since the existence of religious orders, rights of founders distinct from the authority of the Superior General have never been recognized.  Such a distinction is unknown in the Church and therefore is false.”

This pronouncement of Father Hamon betrays an extraordinary ignorance of Church history.  The ineptitude of his answer is accentuated by a comparison of his words with those of Father Paul Philippe, once professor at the Angelicum and later Cardinal who once wrote, "the role and the responsibility of founder cannot be juridically defined. But they shall be exercised no less profoundly than they were with the charge of Prior…you shall continue to guide the fraternity in its special vocation.” 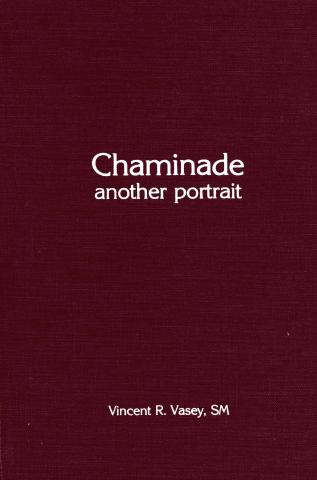