Vincent Gizard, SM, wrote this short biography, published in English, for Father Chaminade’s beatification in September 2000. From Chaminade’s childhood to his challenging last years, Father Gizard serves as our escort through the faith development and works of William Joseph Chaminade—the creation of the Sodality of Bordeaux, his long association with Marie Thérèse de Lamourous in the works of the Sodality and the Miséricorde, his meeting and work with Adèle de Batz de Trenquelléon, and the foundations of the Daughters of Mary and the Society of Mary. Chaminade’s rich and abundant faith draws all members of the Marianist Family to a life of holiness and mission.

At this time [when William Joseph Chaminade could return to France from exile in Spain] William Joseph thought about requesting from the Holy See, through the intermediary of the archbishop of Auch, the title of "Missionary Apostolic."

The need for re-christianizing his country required some form of "mission" which went beyond the work of parishes and instructed the newly-baptized persons under the direct jurisdiction of the bishop. But what means could he use to attract the young and strengthen their faith? Nothing was clear at the time. He searched, he prayed, and he besieged heaven with his questions.

Then more good news arrived, this time from Italy. Pope Pius VII was able to return to Rome on July 3, 1800. Since the death of Pius VI at Valence on July 29, 1799, the chair of Peter at Rome had remained vacant. It seemed the clouds which had shadowed the Church for so many years were dissipating little by little. Calmly, Chaminade continued to write letters of spiritual direction and to discern the signs of Providence. He also passed the time carving small plaster statues, which he offers to the benefactors who helped with his expenses.

At this time, what he later called "his inspiration" took hold of his mind and heart. It began at Mussidan, well before the Revolution. But while in exile in Saragossa, it became clearer what the Lord and the Virgin Mary expected of him once the great torment was over: to gather the young and the adults together in union, without confusion--to form them in the true faith, to send them on a permanent mission to spread the Gospel by contagion, and to encourage them to take up the challenge of living a life of holiness.

Preface
1 Childhood and Youth
2 The Time of the Great Revolution
3 Exile in Saragossa
4 In Bordeaux, the Sodality
5 Adèle de Batz de Trenquelléon
6 The End of the French Empire
7 The Foundation of the Daughters of Mary
8 The Foundation of the Society of Mary
9 New Works Coming from the Sodality
10 Development of the Society of Mary
11 Revolution of 1830 and New Trials
12 The Last Years (1841-1850)
Notes
Index 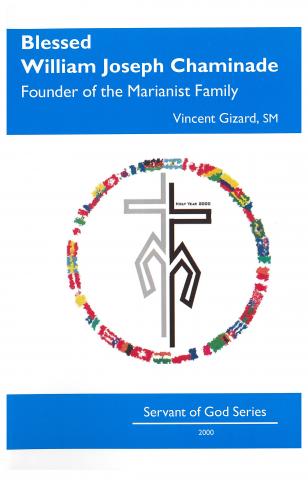