Authors:
Emile Neubert, SM
Translator:
Thomas A. Stanley, SM
This is the deeply personal account of a true pioneer in the field of Mariology whose "My Ideal, Jesus, Son of Mary" sold more than a half-million copies worldwide.

This is the deeply personal account of a true pioneer in the field of Mariology whose My Ideal, Jesus, Son of Mary sold more than a half-million copies worldwide; a man who devoted his writing, teaching, and preaching to making “the Father and the Son and the Holy Spirit be glorified in all places through the Immaculate Virgin Mary.”

The best part, this new work is written in Father Emile Neubert’s own words, which he penned reluctantly under obedience to his Superior. However, his shy and humble nature cannot hide his brilliance or his innate ability (a deeply internal spiritual quality) to ponder and explore Mary’s relationship with God and our relationship with her, Our Blessed Mother.

For people who struggle with the intuitive understanding of filial piety, Father Neubert’s words are a wonderful entree into this spiritual bond with our Mother.

The Autobiography is not only the story of one man’s relationship with Mary and the scholarship it inspired but also a vivid account of religious life and the formation process of the early and mid-twentieth century, accounted by Neubert, a true master of formation.

Father Thomas A. Stanley, one of many men formed under the direction of Father Neubert, has translated Neubert’s Autobiography into English and has supplied the work with “Our Lady’s Dolphin,” a fitting memoir of Father Neubert during his last years as rector of the Marianist seminary in Fribourg, Switzerland. Appendices include a list of Neubert’s publications available in English, and a 4-page encyclopedia entry on his scholarship penned by fellow Mariologist Théodore Koehler, SM.

I came to understand that our vow of stability obliges us to make a more perfect gift of ourselves than does that of holy slavery. From the point of view of strict obligation, this vow only requires that we never desert Mary's service. From the point of view of the spirit of the vow, it makes our donation of self more perfect because it is energized by a vow; more importantly, it adds a missionary commitment to our efforts for personal sanctification. We give ourselves to Mary precisely to assist her in her universal apostolic mission.

This understanding of our devotion to Mary elated me enormously. From that moment on, it became the driving force of my entire Marian apostolate. As a deacon a year and a half later, I had to give my first sermon in the seminary. Thanks to my Mother it was scheduled for the Feast of the Immaculate Conception. In it I explained that this mystery was more than a mystery of holy purity; it was also a mystery of conflict and victory, that as Marianists we are called to assist Mary in her struggle and to share in her victory. Because of our total belonging to Mary we can proceed with total confidence; our efforts are no longer merely ours but those of Mary, also. A year later L'Apôtre de Marie published a poem I wrote, "Consecration to Mary." I signed it Mary's Knight because in it, using the French idiom of the Middle Ages, I described our belonging to Mary as that of knights assisting Mary in her battle with Satan. (It was in the mode of "lettre du Gabier à sa mère.") Almost all of my books include a chapter on the apostolic mission of Mary and the cooperation she expects from her devotees.

Appendix A: Our Lady's Dophin

Appendix B: Principal Dates in the Life of Father Emile Neubert 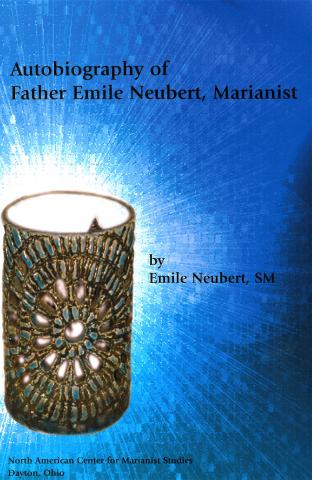