Society of Mary in Mexico

Authors:
Robert Wood, SM
Learn about the Marianist implantation in Mexico, which was ended in 1914 because of the Mexican Revolution, and the second implantation that was begun in 1980 and continues today.

By the sesquicentennial year of 1999, Marianists from the United States had been associated with the work in Mexico for 30 of their 150 years, one-fifth of their history.  Volume Two of the Sesquicentennial Series, The Society of Mary in Mexico by Robert Wood, SM, gives a brief overview of the diversity of works which have been developed from the two foundations of the Society of Mary in Mexico.

The first section, written in 1983, covers the years from 1904 to 1914 and the establishment of schools in Durango and in Hermosillo, Mexico. This implantation of the Marianist charism ended when the Mexican Revolution caused the eviction of all religious from Mexico in 1914.

Part Two was written by Brother Wood in 1994 as part of a general history of the Society of Mary requested by the General Chapter of 1991. The second implantation began in 1980 as he, Father Christian Janson, and Brother Gerald Sullivan took up an apostolic work in parish ministry in Coatzacoalcos, Mexico. In 1981 a second community was established to direct a school in Apaseo el Grande. Other chapters describe ministry with lay Marianist groups; the community at Saint Joseph Parish in Lomas de Capula, Mexico City; and the building of the novitiate in Querètaro.

Since 1980 four Marianist communities have been established in Mexico. They have all been affected in some ways by the same general political, social, and economic circumstances, and the same common denominators and decisions have influenced their development. Something should be said about these similarities before tracing the evolution of the separate establishments.

One of the first things the Marianists learned is that although entering Mexico is relatively easy, staying there is not. Initially immigration officials were granting 180 days; in some instances only a 90-day stay was allowed. The first implication of this was the necessity for the brothers to return to the United States and obtain another tourist card (hopefully for a six-month period). This necessitated unforeseen travel and expense, and trips needed to be scheduled so that absences would not interrupt the work too much. The second result was that brothers could not legally do any kind of work, especially if financial remuneration was involved, because they were simply tourists. Attempts were made to obtain resident status, but the process was long (often over a year) and costly. The situation was further complicated by the fact that the Mexican Constitution at the time did not grant juridical personality to religious organizations. The men have learned to live with this and some have succeeded in obtaining residence, which has given the Marianist presence a certain stability it did not have for many years.

Ironically, the need for somewhat frequent travel, which caused some concern in the first years, was not really a problem. The Mexican people readily accepted this because they were frequent travelers. A visit to the bus station in any city at any time of year is enough to verify this fact. People will travel long distances because a parent is sick, or there is a family wedding, or certain things are cheaper or more easily obtained elsewhere (many go even to US border towns). Religious whose travel experiences had been limited to changing communities or to the death of a parent were surprised that they were almost expected to travel. In the long run this facilitated renewal of documents. Marianist meetings, acquisition of equipment, and even part of the education process of getting to know Mexico better.

As tourists, religious had to rely rather heavily on outside funds to continue their work. This became more pressing as the inflation rate grew. When the Marianists arrived in Mexico, there were 26 pesos to the dollar. Within a year the rate had changed to 150 pesos to the dollar. By 1985 there was an inflation rate of 80 percent. Theoretically one should have been able to get more for the dollar, but prices also rose, and sometimes they rose beyond the money value. Fortunately for the Marianists in Mexico, there have been numbers of generous benefactors whose help has been indispensable to the growth and development of our works. 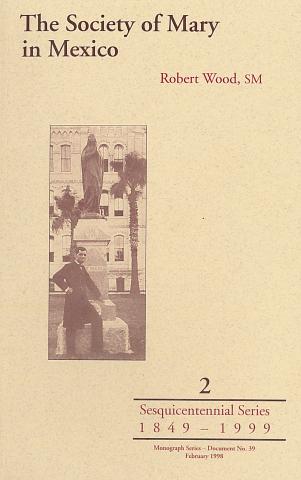