Please scroll down to view brief biographies and photos of the area directors for the Spirit of Saragossa Retreat in daily life.

On the East Coast: 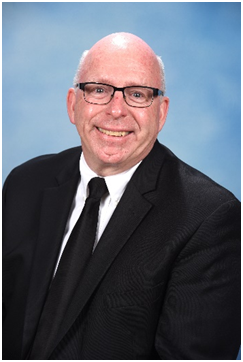 Brother Tim is the Provincial of the Marianist Province of Meribah. He joined the Society of Mary after graduating from Chaminade High School in Mineola, NY in 1976. For almost 40 years Brother Tim has been blessed in his ministry as a high school teacher of art, literature, and religious studies. He has been active in the formation of new members of the Society of Mary and the Daughters of Mary, and has served the Marianist family as a retreat leader in many different settings. Brother Tim was introduced to the Spirit of Saragossa retreat in 2011 and has enjoyed adapting the retreat to serve the needs of the Marianist Family. 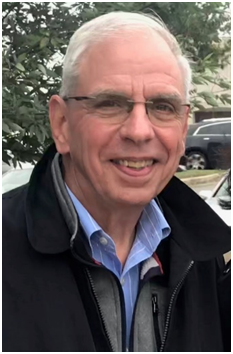 Brother Stephen has been a Marianist Brother since his first profession of vows in 1967. He has served as an educator, a counsellor, and an administrator. Brother Stephen is an experienced spiritual director and is currently the associate director of the Marianist Center in Philadelphia, PA, a consultant to the National Religious Retirement Office in Washington, DC, and lives in the Marianist Community in Philadelphia, PA. 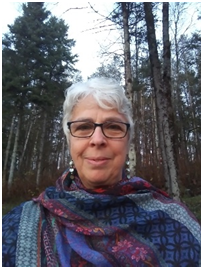 Pati met the Marianists in the mid 1980’s at the Marianist Retreat Center in Cape May Point, N.J. where she and her daughters participated in and volunteered for family retreats for many years. Pati has been a Marianist Lay Affiliate since 1997, she worked for NACMS as the Director of the Marianist Lay Formation Initiative. Pati is a certified Spiritual Director and now lives in a cabin in the woods in Upstate, N.Y. and works for Catholic Charities. 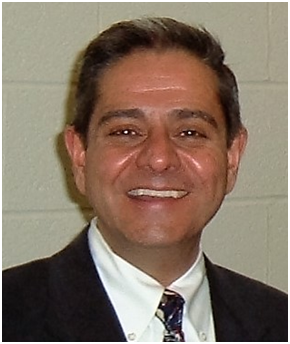 Brother Jack is a native of New York City and first professed vows as a Marianist religious in 1985. He has an MBA from Iona College, NY, a master’s degree in Applied Spirituality from the University of San Francisco, and a master’s degree in Pastoral Ministry from Loyola University in New Orleans. Brother Jack has worked in vocation and formation ministry, retreat ministry, spiritual direction, AIDS ministry, lay ministry formation and the development of small communities of faith, and served on the Marianist Provincial Council. . His present responsibilities included Lay Marianist Formation and Lay leadership development, Marianist Board Formation and Strategic planning for the province.  He has also conducted various retreats for Lay Marianists, small communities of faith and boards of various apostolic organizations.  He currently serves on the board for Chaminade-Madonna Preparatory School in Hollywood, FL. He has published several articles and has co-authored a book entitled “Creating Small Christian Communities:  Minimum Structure, Maximum Life.”  Presently, Brother Jack serves as the Director of the Marianist Center for Marianist Lay Formation and lives in the Marianist Community in Philadelphia, PA. 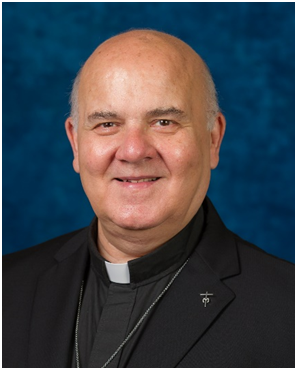 Father George has been a professed Marianist since 1958 and was ordained in 1969. His ministries have included high school and college education, formation ministry for novices, temporary professed, aspirants and  seminarians. He has also ministered in university ministry in mission identity. He has also served on Provincial and General leadership councils. Presently he is Associate Pastor at Our Lady of the Pillar Parish in St. Louis with part-time ministry at Chaminade College Preparatory School.

Susan first met the Marianists in 1972 when she enrolled as an undergraduate student at the University of Dayton (U.D.). She has been a Marianist Educational Associate at U.D. since 2007 and is currently a member of a newly formed Marianist Lay Community.  She has been a Catholic school teacher, a school psychologist, a university professor in teacher education, the director of the Center for Catholic Education, and is now developing a practice in spiritual direction. She lives in Beavercreek, Ohio with her husband of 43 years. She has three grown sons, two daughters-in-law, and four grandchildren. 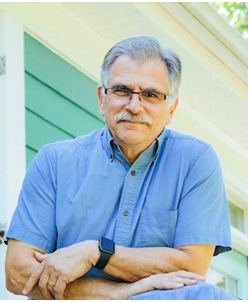 Anthony (Tony) Garascia received his Masters in Counseling from Indiana University at South Bend in 1986. In addition, he received a Master in Liturgical Studies in 1978 from the Catholic University of America. He is a Licensed Clinical Social Worker in the state of Indiana.  Tony has over 25 years of experience counseling individuals, couples, families, adolescents and children. He has been a lay Marianist since the early ‘70s and served on the leadership teams of the Marianist Lay Network of North America and also the International Organization of Marianist Lay Communities.   He and his wife Beth are the proud parents of three grown children, one straight and two gay, and two granddaughters. Tony has been involved in parish work and in promoting the spirituality and identity of lay Marianists  for many years. 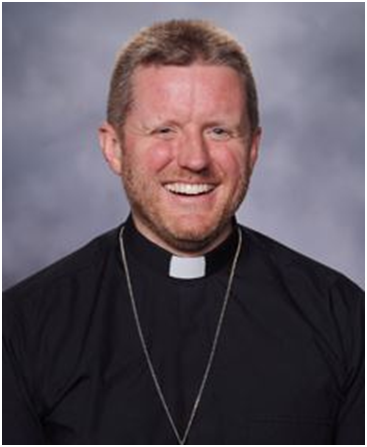 Father Bob made his first profession of vows as a Marianist religious in 2007 and was ordained a priest in 2015.  Most of his ministerial experience has been in high school education and campus ministry.  He currently serves at Chaminade Julienne Catholic High School in Dayton, OH, as Chaplain and Math Teacher. 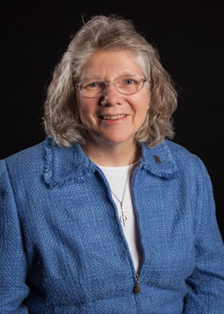 Sister Laura Leming, FMI has been a Marianist Sister for 40 years and serves as Novice Director and is a sociologist of religion teaching at the University of Dayton. She is also a member of the Micah Theotokos community in Dayton. 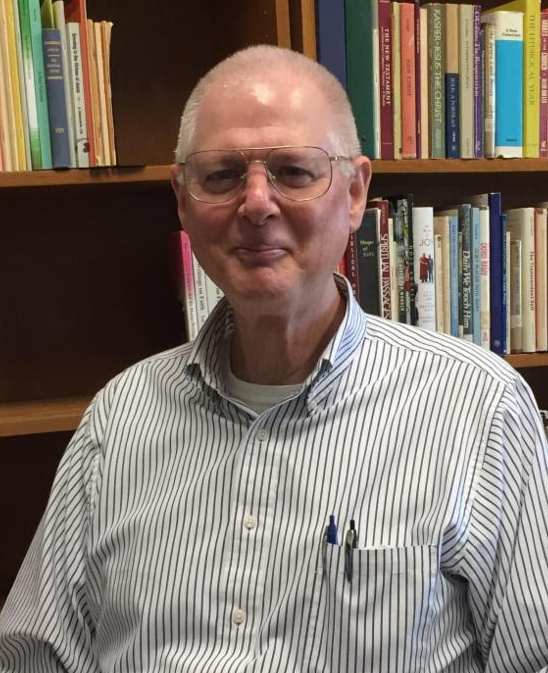 Brother Tom met the Marianists while in high school in San Jose, CA. He entered the Society of Mary after one year of college with his first profession of vows in 1972. His ministries include carpenter on the Working Brother Construction Crew in Cupertino, CA, teaching high school religious studies, formation, retreat center ministry, community director, and presently on staff at NACMS in Dayton coordinating the Spirit of Saragossa Retreat. Brother Tom holds an M.A. in Applied Spirituality from the University of San Francisco and a Certificate in Spiritual Direction from Mercy Center in Burlingame, CA. 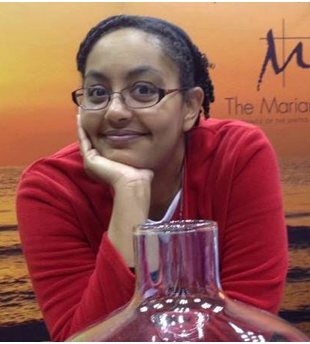 Sister Nicole Trahan entered the Marianist Sisters in 2005 in San Antonio, Texas. Since her first profession of vows in 2008 she has lived and ministered in Dayton, Ohio. Sister Nicole has served as a high school religion teacher and as a campus minister on the high school and collegiate levels. Currently, she serves part time at Chaminade Julienne Catholic High School as a campus minister while also coordinating vocations outreach for the Sisters' province, directing the Sisters' pre-novitiate program of formation and serving on the Sisters' provincial council. 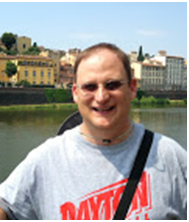 Father Sean is currently the chaplain at Central Catholic high school in San Antonio. Before moving to San Antonio he was the director of vocation ministry at the University of Dayton. He has also taught and ministered at Chaminade Julienne High School in Dayton, Ohio. 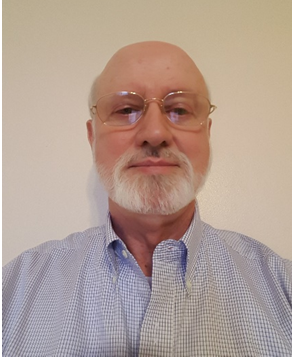 Brother Fred has been a vowed Marianist religious for over 50 graced years and is currently a member of the Marianist Residence Community at St. Mary’s University in San Antonio. His interrelated ministry history includes commitment to the Marianist Family in addition to being a Licensed Marriage and Family Therapist, a Licensed Professional Counselor, a Board Certified Chaplain, and a Spiritual Director. He is grateful for the opportunity to accompany others walking through the inspired Marian moments and movements within the Spirit of Saragossa Retreat.

Currently, Sister Gretchen is the Provincial of the Marianist Sisters in the United States. For the 5 years prior to this, she served in Rome on the General Council, as Head of Temporalities … overseeing the finances for the Sisters in 16 countries. Over the years, she has been a teacher of Pre-K through college, the Head Teacher at the beginning of the U.D. Children’s Center, an elementary school principal, and a retreat director.  Also, she has served her province in administration, as well as vocation director and formation director. Sister Gretchen was born and raised in Dayton, Ohio … graduated from Julienne High School, and in 2017, received the Chaminade-Julienne Alumni award.  AND … she attended the University of Dayton in 1965-66 … where she met the Marianist brothers, priests, and sisters … that Marianist charism became her life’s dedication. 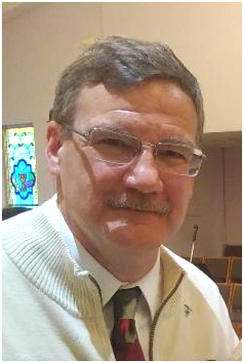 Brother David has been a professed member of the Society of Mary since 1986.  His education includes a B.S. in Sociology, an M.A. in Theatre Arts, a Masters of Social Work, an M.A. in Pastoral Ministry, and Certification in Spiritual Direction. He presently works as the RCIA Coordinator at St. John Eudes Parish in Chatsworth, CA (L.A.). For the Marianist Province of the U.S. he wears several hats including Marianist Affiliation Spiritual Advisor for the Pacific Area, U.S. Promoter of the Marianist Saints, and California Area Coordinator for the Society of Mary. His home community is the West Hills Marianist Community in the San Fernando Valley area of Los Angeles. 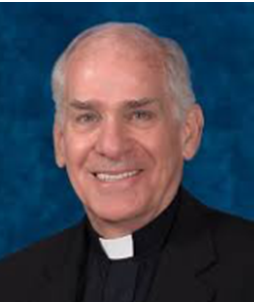 Father Marty was raised in Cleveland, Ohio and attended the University of Dayton.  He professed first vows as a Marianist religious in 1967 and was ordained in 1978.  After teaching high school in Michigan and Ohio he spent 27 years in Africa, working to build up the Eastern African Unit of the Society of Mary.  He returned to the U.S. in 2010 to serve in provincial leadership and is currently chaplain at Chaminade University of Honolulu.