First published in 1974 and revised in 2003, this book began as retreat presentations in 1971. Its aim is to probe the life of faith, the centrality of Jesus Christ, the role of Mary, and the value of community. It probes some specific questions, such as, what is it about the Society of Mary that gives it a special role in the Church, and what is it about the Society that guarantees the diversity of gifts in the church.

In addition to laying out a bird’s-eye view of the times in relation to religious life (in the preface), the author discusses Father Chaminade’s spirituality (characterized by openness to reality), its scriptural and historical underpinnings, Mary and some of her titles, and the concept of community within the institute and within the Church as a whole.

The author includes other parts of Marianist heritage in the form of The Three Offices, The Three Categories, The System of Virtues, and Father Chaminade’s understanding of the apostolate.

Father Stefanelli asks very probing questions of the Society of Mary. While he spoke and wrote for the Society in particular, this book is an important orientation for lay Marianists in understanding the charism and apostolate they have committed themselves to, and points a direction in the formation that is needed to think, feel, and act as a Marianist.

One of the great criticisms in current times against Catholic teaching, rightly or wrongly, has been that Catholic teaching has seen faith primarily as an intellectual exercise of some kind. I doubt very much that we could direct this accusation at Father Chaminade. For him, faith is a question of conforming our life to that belief. Faith is not simply an intellectual assent to a truth which remains speculative. It is an intellectual assent to truth which takes over a person’s life. From this point of view, I suppose we could say of Father Chaminade that he was a man of faith in the sense that he was aware of the divine. I believe this is a very fundamental aspect of our Marianist heritage. He insists on this time and time again in his writings and his conferences—unless we live by faith, we cannot be faithful to our mission. We cannot become what God wants us to be. To live by faith means to be aware of the divine—not simply to know it exists; not simply to say “yes” to certain propositions of faith, but to be aware of the divine. . . . We know how easy it is to lose sight of this, how easy it is to reduce human life to the superficial aspects which are visible. How easy it is to live our lives as though there were no God!

Note to the Reader
Preface to the Revised Edition
Introduction: Our Marianist Heritage
Life of Faith
Jesus Christ
Mary
Community
The Three Offices
The Three Categories
The System of Virtues
The Apostolate
The Apostolate (part two) 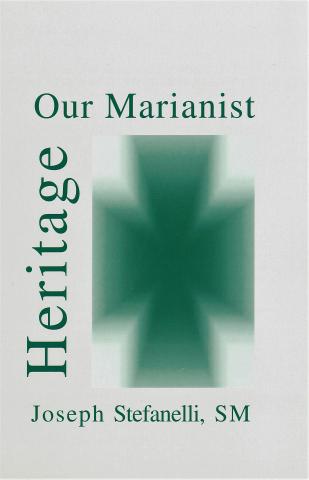