Marianist Person at the Dawn of the Twenty-first Century

Authors:
Hugh Bihl, SM
Bihl’s work is a study of the theology of the human person in relationship to Marianist spirituality. His work also includes Trinitarian, liberation, and feminist perspectives and builds a view of the human person who is free and who participates in God’s creative reality.

{For a free Reader's Guide that accompanies this work, click here.)

This publication was published by the Society of Mary's General Administration and is being distributed by NACMS.

Brother Hugh Bihl’s work is a study of the theology of the human person in relationship to Marianist spirituality. The Marianist Person also includes Trinitarian, liberation, and feminist perspectives and builds a view of the human person who is free and who participates in God’s creative reality.

My topic is the Marianist [Society of Mary] person in our present experience, moving into the proximate future. My aim is to bring to consciousness latent Marianist ways of envisioning our humanness, to subject them to critical investigation and to position them in a dialogue with various theological anthropologies, ancient and modern. Unquestionably, my presentation can only be the “tip of the iceberg.” My hope is that it will encourage a fuller self-questioning.

The method followed will be to examine the view of the human implicit in the Marianist Foundation—in the work of Father Chaminade and the other Marianist Founders—as well as in what I call “the Simler paradigm,” which has its most official expression in the 1891 Rule. Then I will treat the radical, if often unconscious, shift in self-understanding that has characterized the re-working of our life in the post-conciliar years. The sources for this will be primarily the Rule of 1983 and the work of general chapters that preceded and followed its appearance. An attempt to relate this changed self-understanding to a similar anthropological shift in the Church as a whole will follow, which will draw on the work of the Second Vatican Council, especially Gaudium et Spes, the Pastoral Constiution on the Church in the Modern World. Finally and most importantly will come an attempt to engage the wider theological community in some major questions that emerge from all of this. In this endeavor I will especially invoke St. Gregory of Nyssa, a great Cappadocian Father, who to my mind has the richest Christian anthropology I have ever encountered and whose insights are often directly relevant to our modern aspirations. I will also appeal to many contemporary thinkers—Raimundo Panikkar, Karl Rahner, Catherine LaCugna and Orthodox theologian John Zizioulas, among others.

Chapter 1
The Person in Marianist Tradition

The first step in the religious life, according to the 1839 Rule, is “to renounce oneself totally, no longer to want to judge anything by one’s own mind or to do anything by one’s own choice.” This is important because “God takes up a place within us only after a complete abnegation of ourselves.” The way to this abnegation is to cut ourselves off as much as possible from all contacts with outsiders, to bother as little as possible with the secular world and its influences. . . .

In all of these things the role of the body is downplayed and external events—cultural, social, political—are assumed to have little or no importance. A good Marianist is one who has “renounced the world and all it contains” and who “lives only for God and busies himself with eternal matters.” His community is “a kind of tomb in which he who has made the religious profession consents to be buried” … “though this tomb is located among the living, it contains only the dead.” . . . He “no longer has any country of his own on earth. Heaven is his only native land. News and affairs of earth no longer interest him. He prefers speaking only of heaven and working only for heaven” … and he lives “on the frontiers of heaven.”

CHAPTER 2
THE PERSON IN THE VISION OF VATICAN II
An Anthropological Paradigm Shift
Fuller Implications of the Shift
A Question: Which World?

CHAPTER 3
PERSONS IN RELATION
A Recapitulation and a Looking Ahead
Who Is a Person?
A Person Is More Than an Individual
A Person Is a Unique Expression of a Nature
Personhood Demands Dialogue
Person, the Basic Ontological Category
Communion Is an Ontological Concept
Ectasis, A Transcending of the Self

CHAPTER 4
THE PERSON AND FREEDOM
A Many-sided Freedom
Self-Creation Through Choices
Mediatorship and Synergy
Synergy
The Stages of Freedom
Rahner
A Third Stage of Freedom: Raimundo Panikkar
A Need for Cultural Disarmament

CHAPTER 5
LIBERATION AND FREEDOM
Liberation, Praxis, and Social Analysis
Humans Are Active Agents in the Redeeming of History
Continuing Developments
Evaluation and Criticism
A Difficulty That Must Be Faced
Another View of Original Sin
Synergistic but Not Pelagian

CHAPTER 6
CONCLUDING THOUGHTS
Two Themes
A Preference for the Mystical
A Balanced Anthropology
How Preferential Should the “Option for the Poor” Be?
Reactions and a Response
Mythos and Logos
The Marianist Myth and its Logoi 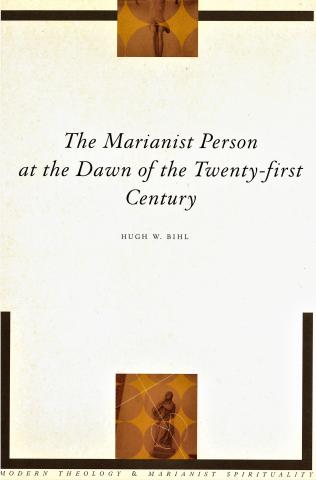