This monograph provides the deep background into Chaminade’s spiritual thought, a thought that is to be pondered with the heart. This collection is an excellent resource for seasoned Marianists who seek a deeper understanding into the mind of the Founder.

Armbruster examines the spiritual life and formation based on Chaminade’s writings on direction, as well as Chaminade’s affection for and use of the Three O’Clock Prayer and the Apostle’s Creed.

Father William Joseph Chaminade—the Founder of the two Marianist congregations, the Society of Mary and the Daughters of Mary—was constantly preoccupied with the spiritual life of his religious. The many writings he has left on the topic have been collected in three volumes. Father Jean-Baptiste Armbruster, SM, edited the entire original French version. The first two volumes are a collection of the texts that develop what Marianists have agreed to call the System of Virtues. The third volume contains two series of texts: those designed essentially for the formation of the novices, and those that treat more generally of conformity with Jesus Christ.

From 1816, the date of the foundation of the Daughters of Mary at Agen, until 1828, the tenth anniversary of the foundation of the Society of Mary, the writings on direction develop the various virtues of preparation, purification, and consummation that are proposed as the basis of the Marianist spiritual life of the Society’s beginnings, that is, in the first period of its formation.

The Constitutions of the Society of Mary, drafted in 1828, are very different from the Grand Institut, not only in structure but also perhaps more so in spiritual doctrine. The latter develops the importance of a theological life with conformity to Jesus Christ as its objective.

It was normal that the Manual of Direction should develop the same doctrine and also adopt a new orientation that was essentially theological. . . . This new orientation does bring out the bold relief the unique spiritual finality of our two congregations, that is, conformity with Jesus Christ and that both the Holy Spirit and Mary play a key role in its attainment.

Toward a Marian Apostolic Sanctity

The moment a method of spiritual formation is adopted, its finality must be clearly grasped: it is a call to sanctity, for our Founders’ intent is not the formation of ascetics but of saints. . . .

Be you saints, inasmuch as you are the special sons of your most holy Mother, Mary. You must be her cooperators so that she might be able, because of your work to engender Jesus in the hearts of the faithful and give birth to holy sons into the world. My little children, to whom I am constantly giving birth, until Christ be formed in you (Gal 4:19).

. . . It is as if this ancient text brought us back to the origins of the Founder’s Marian charism. Yet what Marchant writes for the priests, the Founder of the Marianists has the audacity to apply to all the baptized, particularly to those among the Daughters and Brothers who have adopted this charism for their own vocation.

Father Chaminade and the Apostles’ Creed  85

The Founders of the Society of Mary  123 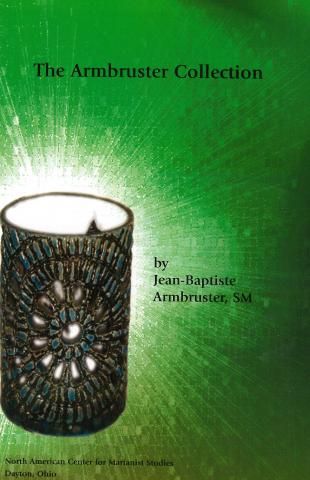