Government and Delegation of Authority 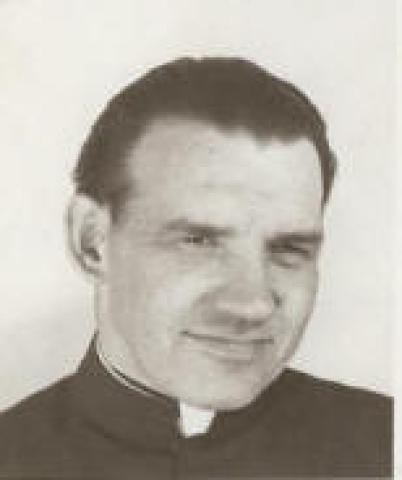 Genuine government is that which remains after everything has been delegated. In the exact proportion in which delegation of authority is not carried out, in that same proportion does the Director become “an extra” in the work, and the establishment over which he presides lacks direction.

There is a sort of science of government of which many of our Directors, not to mention those in the higher echelons, are almost totally ignorant.

The question is readily asked: “What else does the Director—or the Provincial—have to do if he delegated such and such a job?”

Here is some of the work that remains after he has delegated, not just such and such a job, but all, absolutely all which concerns immediate responsibility in the establishment:

(1) Checking on the execution of general and
provincial directives.

(2) The understanding and teaching of the spirit proper to the Institute which is the
“general directive” par excellence.

(3) The application of this spirit to the
particular needs of the work undertaken:
analysis of times and places.

(4) The clarification and precision, in cooperation with the Provincial Administration, of the end and purposes of the work, and its grande politique, given the actual circumstances.

(5) An evaluation of the progress of the work and of the realization of the ends proposed in its establishment.

(6) A “continual reformation” in the light of this evaluation, proposed in a convenient form to the administrative councils.

(7) Long-range planning and development ofthe work according to needs and
possibilities.

(9) The appointment of responsible heads of departments and the necessary personnel to carry out the work of the department: manipulating the personnel to the best effect.

(10) Delegation of authority and defining the limitations of its functions: job
descriptions.

(11) Preside at council meetings. Decisions and the solutions of problems which arise in the progress of the work; make certain that the facts presented for the consideration of the Council are sufficient for an objective and competent decision. Staff work)

(13) Supervision and integration of divisions and sections.

(14) Development of an esprit de corps and a sense of “mission.”

(15) Creation of spirit and enthusiasm for the work.

(16) Never permit the personnel to settle down or become complacent—especially
those in key positions. Force steps just sufficient to upset plans but not to the extent of irritating or discouraging the personnel.

(17) Reconciling opinions, even opposites, of the principal assistants.

(18) Alignment of conflicts when reconciliation thereof has not been possible.

(19) Failing alignment, then decision: but only while waiting for the normal and more cautions procedure of direction and counsel.

(20) Visitation of the work in all its parts and in every operation.

(21) “Interrogatory administration” in the case of insufficient evidence:

Why was it done that way?
How can this viewpoint be protected . . .
But in this instance it would seem . . .
Afterwards in individual direction:

Pose the question in its proper context After a frank and open discussion, come to an agreement for a change of method which the "offender"accepts or proposes.

(22) Expediencies to offset the unfortunate results of forgetfulness, “dragging,” negligence; but again only ad hoc, keeping in mind the normal manner of correction through direction and counsel.

(23) Sincere commendation of work well done, and especially of all improvement made.

(24) Paternal interest in each person and in his individuality.

(25) The study of psychology and of government as a science and as an art and technique: a bibliography on administration.

(26) Final responsibility for the budget after it has been drawn up through the various levels of authority; and while it is supervised and controlled through the Office of Temporalities.

(27) Representing the Institution with the public and other organizations.

(28) Monthly and annual reports on the progress of the work and on the status of the personnel.

(30) Continuation of the work–especially interior–of personal religious perfection.
. . . after you have positively delegated all!

All text and graphics are property of NACMS Copyright ©2010

Government and Delegation of Authority.pdf