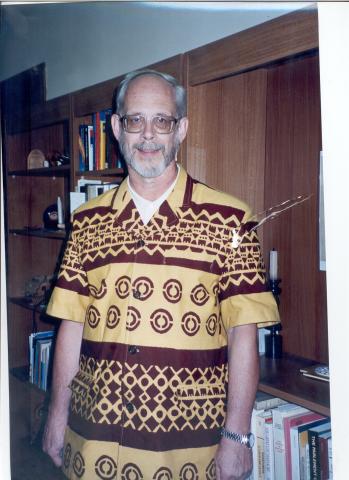 In this article Marianist Brother Timothy Phillips traces the origin of the first Sodality. He writes: “The real foundation of the Sodality goes back to Jan Leunis, a young Jesuit priest, not very gifted it seems in studies, but apparently very gifted in getting a group going. He was teaching at the Roman College . . . and decided to start a little group of his students in 1563. It worked surprisingly well; though these were the youngest children, the older students found it interesting and wanted to be a part of it."

In 1547 St. Ignatius himself gathered a group of 12 gentlemen to handle the alms for the poor that he was receiving. As this group grew it became too big for the Jesuit church of the Gesu (in that era) and found a home at the church of the Twelve Apostles of the Conventual Franciscans (both churches still existing in Rome), though it continued under Jesuit guidance. Eventually it became a group involved in Eucharistic devotion at the church.

The real foundation of the Sodality goes back to Jan Leunis, a young Jesuit priest, not very gifted it seems in studies, but apparently very gifted in getting a group going. He was teaching at the Roman College (the Jesuit school in Rome which over 450 years has become the Gregorian University) and decided to start a little group of his students in 1563. It worked surprisingly well; though these were the youngest children, the older students found it interesting and wanted to be a part of it. Jan Leunis placed the group under the patronage or protection of the Blessed Virgin Mary and gave it rules for a spiritual life, modeled on those of its predecessors in the various Jesuit establishments. “Frequent confession and Communion, for a period; meetings in the little chapel which had been turned over to them in the interior of the college; meditation; frequent interviews in which each one spoke familiarly on what he had done during the day and what he planned to do the next day; visits to shrines and to relics of the saints; and care of the poor.”1

This was the Sodality of the Roman College, the first one of all the others, and the one to which each new sodality referred as its model. And it seems that Leunis, though transferred the following year (1564), started a Sodality wherever he went. There is no proof of all the foundations, but “the fact is that one of them (a Sodality) is everywhere found in his wake, not long after he has gone.”2

Leunis had a difficult life with problems of health and various kinds of personal suffering. Apparently these problems and his behavior (certain “defects of character”) resulted in difficulties in community life, which caused superiors to move him around. However, “wherever Leunis sojourned, the Sodality took on new life and vigor, according to the testimony of those very persons who removed him.”3

Leunis died on November 19, 1584. Two weeks later, on December 5, 1584, Pope Gregory XIII promulgated the bull Omnipotentis Dei, which established the Prima Primaria Sodality of the Roman College as “Mother and Mistress of all other Sodalities
on the face of the earth.”4

Villaret describes the various groups in this way: “A strong and tender devotion to Mary, the interior source of an intensely Christian life, of an unwearied activity in the exercise of charity and of zeal—such was the common characteristic of the sodalities of
Rome, Paris, and Cologne. Circumstances gave to their outward activity their own individual stamp.”5

The papal approval gave the superior general of the Jesuits the power to establish sodalities on the model of that of the Roman College, the Prima Primaria, in the schools and also the houses of the Jesuits. The groups tended to be divided by age or
profession—students, younger or older, “gentlemen,” artisans, craftsmen, businessmen, etc. The Jesuits had houses in Bordeaux, a college, and a novitiate. There were at least two sodalities established by them. At the time of the suppression of the Jesuits (in
Kenya we might say, they were deregistered) when they went out of existence, the college was taken over by others, and the sodalities were cared for by other religious, one by the Capuchins. Father Verrier picks up this story and history in his work, The
Sodality of Father Chaminade, in the chapters on the predecessors of the Sodality of the Madeleine. Likewise, the figure of Father Noël Lacroix and the group at St. Colombe are important parts of the story and development.

Villaret gives this description of Leunis: "Everything combined to make the life of Leunis painful: his natural temperament, his character, his difficulty with the intellectual life, his infirmities and continual sufferings, and the vicissitudes of a very checkered religious training. Sustained and encouraged by higher superiors, he met in his immediate surrounding with more contradiction than encouragement or sympathy. Endlessly transferred from one place to another, he founded everywhere, and everywhere promoted, the Sodality, giving his whole heart and all his strength, even to exhaustion, to a work, the value, the power, and future of which he was well aware. But nowhere does he see it prosper and mature. Success follows him step by step, but never overtakes him. Even the hour of the great crowning strikes two
weeks after his death."6