The Marianist Founders and Social Justice 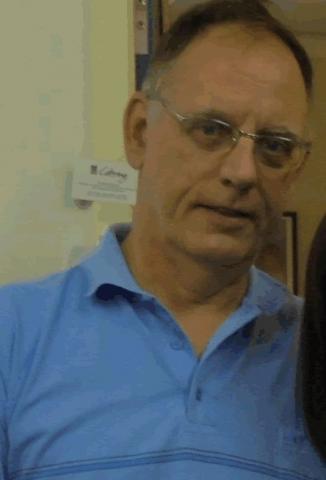 1. Equality and Fraternity: They created the Marianist Family with a structure that emphasizes the common Baptism of all Christians, an approach that took some clues from the revolutionary phrases: “fraternity, equality, and liberty.”

"The mind of Father Chaminade was unusually progressive and his manners peculiarly independent. He welcomed the Liberty, Equality, and Fraternity of the Revolution, but he accepted it in wholesome sense and in a Catholic spirit. He welcomed a healthy equality of opportunity and a fraternity of soul such as the Church had always fostered, and his Sodality was a practical manifestation of the true Catholic spirit, a beneficent center of activity, radiating true liberty, equality, and fraternity."

"The organization of the Sodality of Bordeaux was planned to emphasize the vocational groupings of the members, but once this grouping had been made, all members enjoyed equality in their mutual social relations. The spirit of Christian brotherhood that reigned in the Sodality facilitated the achievement of its end: to imitate the Christians of the primitive Church…to have but one heart and one soul and to form but one family as members of the Mystical Body of Jesus Christ and as children of Mary, the Mother of God."

2. Community of Witness and Mission: They promoted dynamic communities of faith, which presented an alternative Christian witness, a “spectacle of saints” and missionaries serving the marginalized sectors.

"Chaminade began putting his ideas ('the Christianization of the rising generations of France') into practice by establishing a community within which Christian men and women worthy of the title might be developed. In this way he would restore to France something of its religious character. For this, he turned to the Marian sodalities, on which he was to impress a clear missionary orientation."

"But the Association (of Adèle) and the Sodality were active support groups for personal spiritual growth. Both groups engaged in education, religious instruction, and an extensive number and variety of works of mercy. Both were looked upon with great favor by their respective bishops."

3. Social Justice Through Social Change: They fostered and accompanied lay communities to undertake the reconstruction in the Church and the social order in France, which found itself in social and ecclesial crisis. Education was often used as a form of “evangelizing” the poor and as a way of overcoming negative social and economic barriers. Some of the apostolic works of the Marianist Family sought to “empower” the poor.

"The Sodality was the very center of Father Chaminade’s life and existence. It was also his principal instrument for the moral and social reconstruction of society."

"In 1804, he (Chaminade) asked two of the former prefects of the sodality, Louis Arnaud Lafargue and William Darbignac, to undertake the foundation of a school for the poorest children in Bordeaux."

4. Social Analysis, Faith Reflection, Leading to Action: They practiced personally and with their members a type of "see, judge, act" methodology.

"As Chaminade experienced the events of the Revolution, he was constantly probing them in the light of faith and endeavoring to understand how the Church was being affected. In the midst of this rapidly changing situation, he discerned how he could minister to strengthen those who remained faithful to the Catholic faith.… Chaos was everywhere, and he had to adapt quickly to the unfolding event of the Revolution…the three years of exile in Saragossa gave Chaminade the opportunity to reflect on the last nine years and to read or interpret what happened to him, his many friends and associates as well as the nation of France and the Catholic Church within that nation…he would seek to rebuild the Church through multiplication of faith communities that would support the practice of Christianity."

Raymond L. Fitz, “The Marianist Movement and the Challenge of Urban Justice and Reconciliation: An Interim Report on a Conversation,” Marianist Lecture, University of Dayton, February 2, 2009

"When Jeanne de Pichón first approached Marie Thérèse and asked her to take over the work (Miséricorde), the latter rejected the suggestion outright…she agreed to visit the house where Jeanne de Pichón had gathered her small group of penitents…she experienced a profound sense of calm, peace, and joy not usually hers…as soon as she left, the former negative feelings returned…she dreamed of seeing the prostitutes, like shooting stars, falling into hell…she set out early in the morning for Bordeaux, unthinkingly tucking her nightcap into her pocket…she met the women and toured the house. As the day and the visit drew to a close, she said goodbye to her two companions, saying simply, “I will stay here”—she did so for the next 40 years."

5. Apostolic Flexibility and Adaptability: They promoted a universal and flexible apostolate, especially among the youth, adapted to the “signs of the times.”

"His motto: 'Nova bella elegit Dominus' (Jgs 5:8) was his favorite text, and for these new wars new weapons were needed; new conditions demanded new methods, and his (Chaminade) Sodality had to meet the new needs of the times."

"Therefore, whatever might be the changes due to social needs, or whatever might be the opposition of the powers in authority, the Society could follow its purpose in transforming its means; in this elasticity of action, and liberty of choice, it would possess a variety of resources, and a guarantee for the future manifestly granted to it by God."

6. Faith Linked with Solidarity and Service: They practiced and orientated others to be sensitive and to serve, draw close, and be affectionate to persons of all social classes, sharing their joys and sorrows. They oriented their “Congregations” (Marianist Lay Communities), the “State,” the FMI, and the SM to assume ongoing institutional social works.

"Other orphanages under the care of the Sodality and the Society of Mary were the Orphanage of Providence in Bordeaux, the Orphanage de l´Hopital Saint-Jacques in Franche-Comté, the orphanage at Kems in Alsace, and an orphanage in Cincinnati, Ohio, founded by Father Leo Meyer in the life-time of Father Chaminade."

"The sodalities of Bordeaux were more than just pious organizations… He realized that if he were to rejuvenate the faith in Bordeaux and France, his sodalists must be dynamic apostles. The idea of the Sodality being merely a pious organization was as definitely something of the past as was the Revolution. And so he set about the task of making apostles of all those who came into his organization. His idea was that each sodalist was to be an apostle who would in turn make other apostles of all those with whom he came into contact. Indeed it was the spirit of multiplication which had its origin in the lives of the early Christians”—they went back to the roots of Christianity, the first communities."

7. Contemplation and Action: They practiced and promoted an integration of “contemplation” and “action” on behalf of justice. They lived out a “faith of the heart” and promoted it among all their members: capable of feeling the sufferings of their people and the values of the Gospel; committing them to witness, service, solidarity, and evangelization.

"Adèle was quite remarkable in the way she was able to integrate those very elements of the Christian life whose common connection seems often to escape us. Her life was undeniably, resolute, emphatically, generously and fervently centered on her God. Yet it would be difficult to find a life in which there was more activity on behalf of others—her family, her poor, her Association, and eventually her Institute. She moved from the transcendent to the immanent, from the heights of contemplative prayer to the prosaic matters of day-to-day living, with an ease and simplicity that is truly enchanting."

"The more difficulties there are to be overcome, the more you must be master of yourself. The greater the number of works, occupations and affairs of all kinds, the more prudence, patience, prayer, and recollection are necessary."

8. Solid Christian Formation: They formed all their members in a solid Christian faith, oriented to service and solidarity with others, especially with the poor. They took from the Bible, the “Fathers of the Church,” and documents of the Church their Orientations for their social ministry, even though there did not exist yet a formally proclaimed “Social Doctrine” of the Church.

"Chaminade realized that it was not the moment to discuss and to search for new principles, or to fix new aims and goals. Both, already known and substantially verified, awaited one thing only—concrete execution. For his own philosophical and theological theory that serves as the basis for his Marianist System, Chaminade closely adhered to the teachings of the French center of orthodoxy, the school of St. Sulpice. The doctrine of this school of thought was that of a Cartesianism tempered by the influence of the Church Fathers and Doctors, especially St. Thomas Aquinas, St. Augustine, and St. Bonaventure, by the decisions of the Church Councils."

"Thérèse was very well versed in Catholic Doctrine; as has been previously noted, she knew her catechism well. She was steadfastly attached to the Church and would never have done anything to separate herself from it."

Benjamin Dougherty, “A Spiritual Crucible: The Life of Mlle de Lamourous During the French Revolution.”

9. Constant Discernment: They dialoged and discerned patiently, ready to listen and to interrelate with persons in search of God’s will.

"Marie Thérèse and Father Chaminade often gave one another guidance—he continued to be her spiritual director and the ecclesial superior and confessor at the Miséricorde. She knew the first members of the nascent Society of Mary. As Chaminade’s works required new space, she often provided him with financial advice and represented him in negotiations, once acting as a mediator of conflicts between Jean-Baptiste Estebenet, a sodalist, and the new Society.… They gave one another support in looking for Providence in the major decisions and frequent emergencies which often accompany new foundations."

10. Apostolic Alliance with Mary: They were committed to a response of openness and solidarity with their marginalized “brothers and sisters” in French society by emphasizing what they called an “Alliance with Mary” as a key element in the Marianist charism and social mission.

"Alliance with Mary underlines the essentially missionary dimension that always marked the foundational charism of Father Chaminade. It is an alliance with her to continue incarnating Jesus amongst humankind and to struggle against evil in all its manifestations. Mary is the mother that roots Jesus in humanity and the first freed from sin and death: immaculate and assumed into heaven."

"Father Chaminade conceived the recruitment of apostles for the modern world, as an invitation to consecrate themselves to Mary, to work under her orders and fight at her side. His motto would be “Maria Duce.” And in effect, he thus created the Sodalities of Bordeaux and from them surged the Society of Mary and the Daughters of Mary Immaculate."

The Marianist Founders and Social Justice.pdf