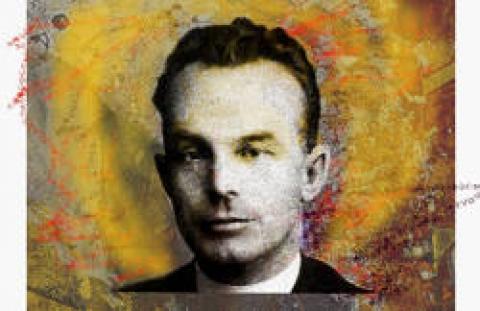 Born July 26, 1897, in Wattens in the Austrian Tyrol, Jakob was the seventh son of Martin Gapp and Antonia Wach. He attended elementary school in his native village and pursued his high school studies in Hall. On May 24, 1915, Italy declared war on the Austro-Hungarian Empire. This same year, Jakob enlisted in the Austrian army. He was sent to the Italian front, where he was wounded and decorated for his courage. At the end of the war he was taken prisoner. He underwent a great deal of suffering during his captivity. During the war Jakob came under the spell of an idealistic socialism, which led to a crisis of faith. On August 13, 1920, Jakob entered the Marianist novitiate at Greisinghof (Austria).

He professed First Vows in the Society of Mary in 1921. He was ordained a priest in Fribourg, Switzerland, in 1930. In the following years he worked as a religion teacher and spiritual director and performed his priestly duties in various Marianist institutions in Austria. He had a special concern for the poor and the unemployed. Already in March 1937 Jakob Gapp had made his own the teaching Pope Pius XI had expounded in the encyclical "Mit brennender Sorge," that the National Socialist ideology was incompatible with Christianity. "I was convinced that it was my task to inform Catholics of these errors," Jakob wrote. Beginning in 1938, he was under the surveillance of the Gestapo for teaching his students that Jewish people should be loved. In 1939, at the wish of his superiors, he fled to France and then to Spain. in these countries he also preached the truth about how the Church was being persecuted by the Nazis. On November 9, 1942, at the Spanish-French border in Hendaye, he was betrayed by two catechumen who were in actuality German agents. He was kidnapped by the Gestapo, arrested, and brought to Berlin. During the interrogation, Jakob remained unshaken in his defense of the Church and of the faith. He was subsequently condemned to death, and on August 13, 1943, he was beheaded in the Plotzensee prison in Berlin. His remains were never released for burial, because the Nazis feared Jakob Gapp might be honored as a martyr. Jakob Gapp, Marianist priest and martyr, was beatified November 24, 1996, by Pope John Paul II in St. Peter's Basilica, Vatican City. That day was the Feast of Christ the King.